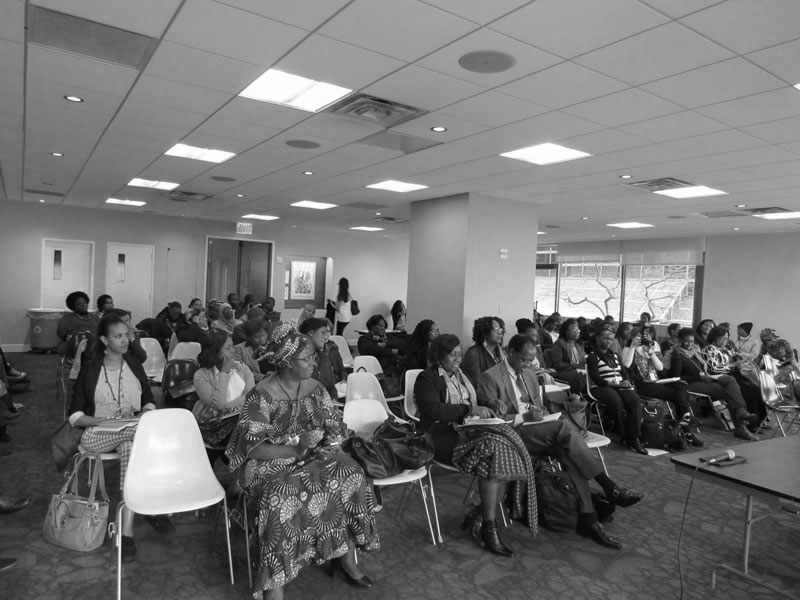 NGOCSW/Africa is one of the regional forums of Non-Governmental Organization Commission on the Status of Women established in 2013 as a substantive committee under the auspices Conference of NGOs (CoNGO).
NGOCSW/Africa was created to increase the effectiveness of African Civil Society participation in the Commission on the Status of women.  Since its establishment NGOCSW/Africa has provided leadership to African women in mobilizing women to participate in CSW and ensuring that women effectively engage and contribute to processes leading up to, during and after the Commission.

In a bid to strengthen African women’s participation in CSW, NGO CSW/ Africa has undertaken a number of initiatives through the NGOCSW/Africa Executive Committee that have included;

a)    submission of oral and written  statements to the Commission on the Status of Women,

b)    Mobilization and facilitation of the African Regional Caucuses during CSW

f)    Lobbying for and monitoring the implementation of agreed conclusions of the CSW.